I chatted with Vonnegut once in the early 90s when I was performing stand up at the New York Comedy Club. It was like a Thursday night at 6 pm. He poked his head in the club and asked, “What’s going on in here?” 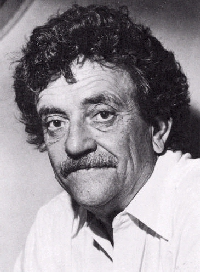 “Sounds great,” he said or something like that. I was totally impressed and told the couple of jaded comedians at the bar, “That was Kurt Vonnegut.” They nodded casually. Stand up comics do not swoon. But he didn’t come back.

Then a couple of years later I was having a party with Dan Wakefield at my house and Wakefield had invited Vonnegut. Vonnegut called to say he was sorry but he couldn’t make the party. I think he had a cold. “That’s okay,” I told him. “Feel better.” So basically, I had a few near misses with the great man.

But I feel I got to spend time with him when I read this new collection of commencement addresses, edited by Wakefield, If This Isn’t Nice, What Is? Advice for the Young.

In the forward, Wakefield points out that Vonnegut took part in his communities. Like, he was in the Volunteer Fire Department and taught a Great Books course with his wife. Vonnegut extolled compassion and neighborliness.

Each talk is unique. There are several themes, one of which is how Jesus slammed down the Code of Hammurabi (an eye for an eye).

“When Jesus Christ was nailed to a cross, he said, ‘Forgive them, Father, they know not what they do.’ What kind of man was that? … Bye-bye, Code of Hammurabi. And for those words alone, he deserves to be called ‘the Prince of Peace.'”

And Vonnegut, a humanist, hands us funny twists on Christianity. “‘Blessed are the meek, for they shall inherit the earth. Blessed…’ Not exactly planks in a Republican platform.”

And here’s Vonnegut’s son’s advice: “‘Father, we are here to help each other get through this thing, whatever it is.’ So I pass that on to you. Write it down, and put it in your computer, so you can forget it.” 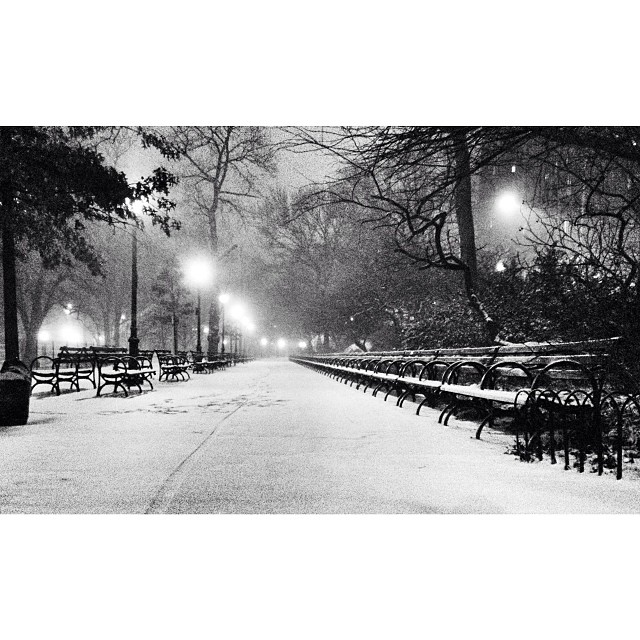 I know there’s a winter wonderland outside my New York City apartment today. I took this pic of Riverside Park last night with my iphone. I have no idea why I’m writing about Vonnegut now. Except I started this post a while ago and I’m cleaning out my blog’s dashboard. It just seemed like today was a perfect day to read Vonnegut and Wakefield.

Since we’re all trapped inside on this snow day, I recommend that you got out of your own head and be inspired by If this isn’t nice, what is? advice for the young too.

The worst addiction of them all by Vonnegut for the Nation

One thought on “Kurt Vonnegut’s Advice”