Over at the New Museum on the Bowery, they’ll help you archive your old hi-8, VHS, 3/4″ tapes in the Transfer Station. I’ve wanted to digitize Mary Beth and Friends for years. I put it off because of the time and money. I let my old tapes collect dust under my bed and in the back of the closet.

In the mid 1990s, I produced and hosted Mary Beth and Friends, a show on Manhattan Neighborhood Network. The show aired on Tuesday nights at 9 pm on channel 17. I interviewed artists, writers, and comedians. My mission was to showcase mine and my friends’ writing and acting and our comic bits. And to interview artists who were not profiled in the mainstream media — women and people of color. But eventually, I interviewed anyone making anything interesting.

This was before the internet. We had this urge — media by the people, for the people.

So yesterday, my time slot in the dubbing studio (transfer station) was from 3 to 6 pm. Going from analog to digital, you have to play your tapes in real time.

I knew I could only digitize a few episodes.  But I didn’t know which of the more than 100 shows to pick. You’ve heard of Sophie’s Choice. How could I choose one of my darlings to live and let the others languish? 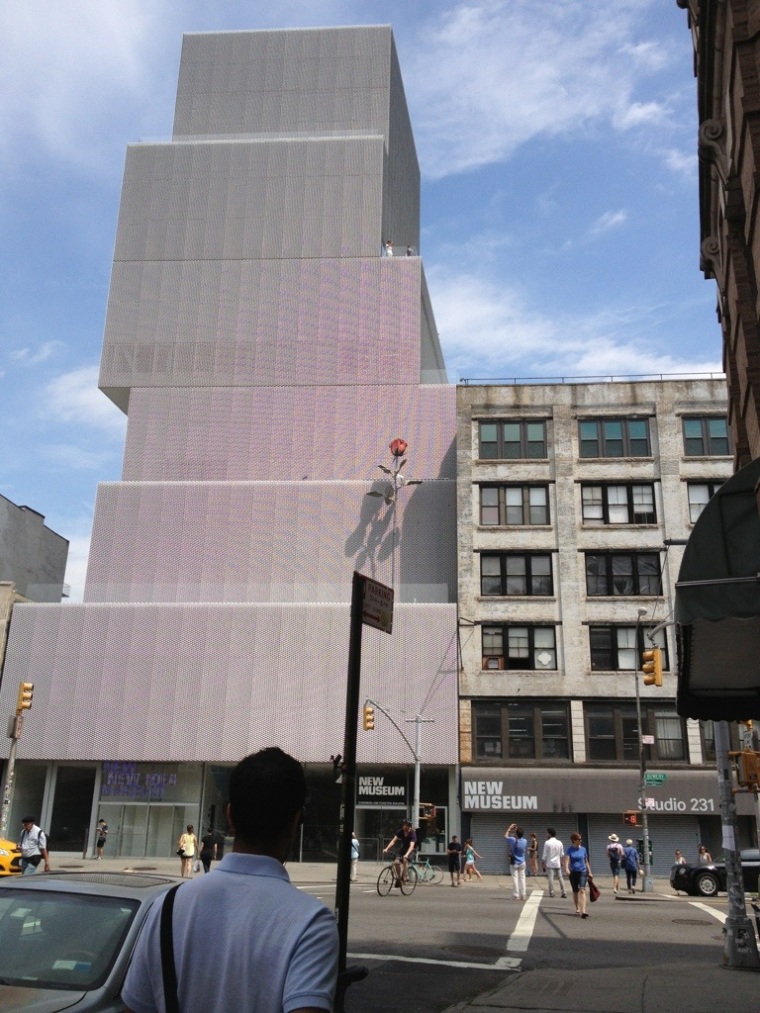 I worried about how I would feel, viewing my old tapes. I am, like, 20 years older (and 20 lbs. heavier?), than I was in those tapes. Would I be at peace with myself and how I have aged? Would I cry? Would I feel badly that the show was never picked up by a major network?

Several people I interviewed on Mary Beth and Friends have died, including my teacher and friend Mark O’Donnell. Should I find his tape and offer a tribute? I put off the decision for as long as possible, fearing it would take me hours to find the tapes. (It took all of 10 minutes to reach into the back of the closet and pull out a handful of tapes!)

I cannot tell you how affirmed I felt in those three hours in the media and edit suites.

Museum-goers puttered around us. Sometimes they’d ask what we were doing or Walter would just mention, non-chalantly, “Hi folks, This is Mary Beth, she’s an artist, who used to produce a cable access show in New York in the ’90s. We’re preserving her tapes. This is an exhibit of the museum. Take a look.” I felt a little like a show-and-tell project. But then, of course, having someone/anyone notice me and my show after all these years, well, that felt totally amazing.

We never, ever, considered what we were doing as art. We just wanted to amuse people. Being referred to as an artist blew me away, made me cry a little, reminded me that what we did, what we were trying to do, had value. My career in public access was not something to hide or be ashamed of. Those shows took time and effort. They turned out to be funny, too.

The two librarians/archivists, Leeroy Kang and Walter Forsberg, who set me up and guided me through the transfer process, were awesome. They were compassionate and matter-of-fact, like, just asking me, “What was this?” and “When was it produced?” And okay, “Let’s do it.”

Walter tweaked the brightness a little, making my whites not so bright. Leeroy asked me to fill in some info for keywords and tags for the archive.

The best part of the afternoon was talking to Leeroy about art projects and museums. We talked about how art is a conversation — like the one he and I had about Asian masculinity, while viewing my interview with the guys in Slant.

Museums should be places for conversations, not just places for staring silently at Van Goghs, snapping Instagram pics, and moving on.

The tapes I grabbed were:

In a month or so, the shows will be available on the Internet Archive, a non-profit site, a “free and open access to the entire world’s knowledge.” I found out about this project because I used to be a member of the New Museum and am still on their email list.

In the museum’s newspaper, there was this: “XFR STN might be described as looking closely at recent history in order to negotiate the present, perhaps even the future.” And an essay in the newspaper by Walter Forsberg that concludes with this, “How did these works once live, and how can they live on?”

I think that’s the point, to ask questions. What is the meaning of these creative projects?

I felt good knowing that a few of my old shows will live in a vast archive. But I felt better having had a real-life conversations about art in the museum, with Leeroy. Preserving old tapes is cool. Making new friends — talking to Leeroy about art — was cooler.

To me, this exhibit was more about the art o f conversation than conservation. But then, that’s what Mary Beth and Friends was about too. Conversations.